There are good disruptions on the TPE Network. Click for more information - updated at: 8:32 AM

Whatever your vision for 2020, start the year in style with our guide to the crisp mornings, lazy afternoons and fun-filled evenings after the big night before. Plot your next adventure with TransPennine Express and who knows where the New Year will take you? 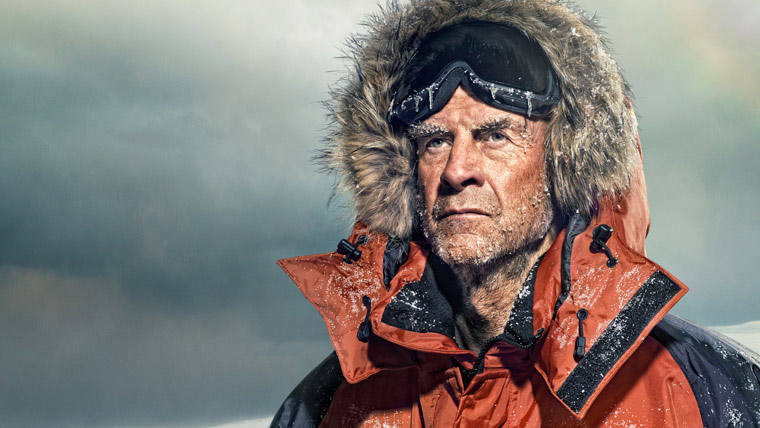 Tap into your adventurous side to kick off 2020 with an inspirational talk from Britain's greatest living explorer – Sir Ranulph Fiennes. He's travelled to both poles, crossed the Antarctic and Arctic oceans and he has the frostbitten extremities to prove it. Here the great man tells spellbinding tales of his childhood, school life, army experiences and the expeditions, which brought him close to mortality as well as fame across the world. Warning: this may make your New Year's resolution seem a little tame... 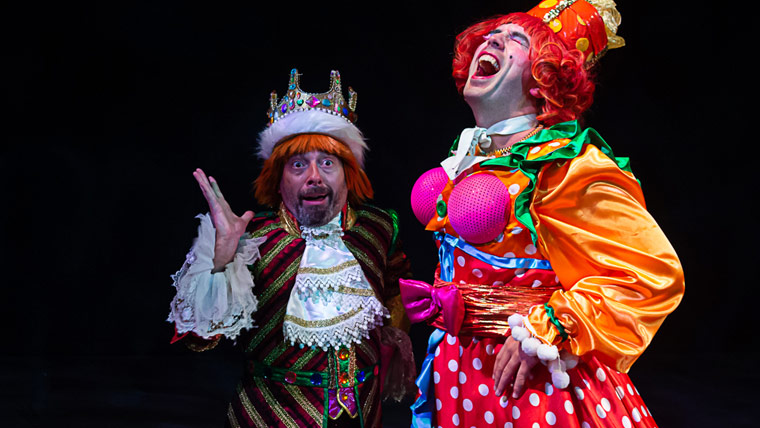 Drag out those festive feels just a little longer with the rock ‘n’ roll panto extravaganza Sleeping Beauty at Liverpool’s Everyman Theatre. Performances run until midway through January and there are inclusive shows tailored for a range of audiences, including an autism-friendly show on 13 January, a British Sign Language performance on 6 January, plus captioned and audio described events. Talking of sleeping beauties – has anyone given Uncle Gerry a shake since he fell asleep at nan’s on New Year’s Eve? 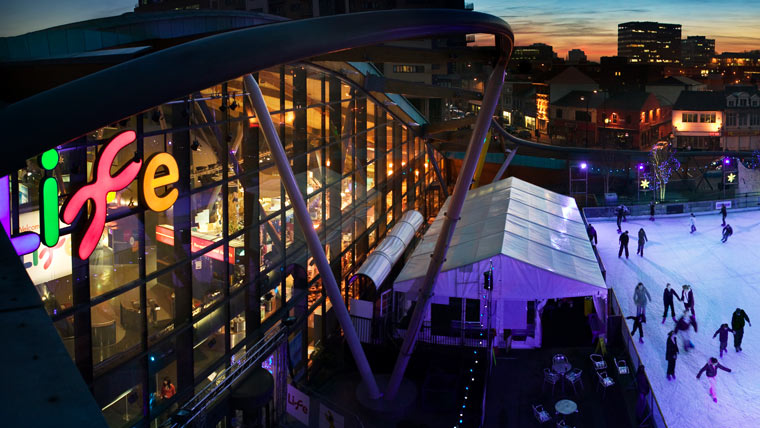 Right next door to Newcastle’s Central Station you’ll discover Times Square. There’s no giant ball drop a la New York, but every winter a chunk of the forum is converted into an outdoor ice rink so you can enjoy the traditional festive pastime of falling on your backside while pretending to skate. Bonus: the rink is attached to the International Centre For Life, a superb, family science attraction.

Turn over a new leaf in 2020 at the UK’s biggest one-day book fair. Over 120 sellers flogging more than 40,000 books descend on the city’s racecourse this January. What are the odds on that? Second-hand fiction and non-fiction titles are up for grabs, as well as rare books and exceptional antique tomes. When you arrive by TransPennine Express, take a free bus from the memorial gardens – they run every 30 minutes. You’ll be glad of the lift when you’ve bagged the 27-volume Encyclopaedia Britannica (extended edition). 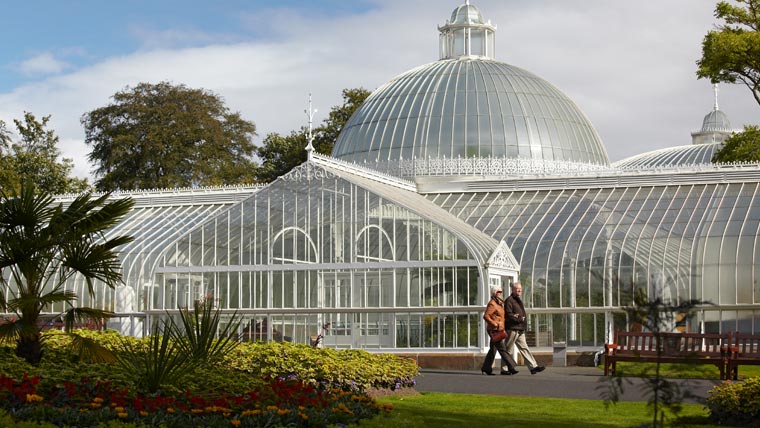 A bracing walk on a biting January day might be just what the doctor ordered after a festive feast of good food, fine wine and NYE shenanigans. It might not be, either – but this is the new you and it’s always good to stick by those New Year’s resolutions, at least until February. The Glasgow Countryside Rangers are providing a free guided walk along the river Kelvin, starting at the city’s beautiful Botanic Gardens, so get your walking boots on and hit that fresh air.

What’s your New Year’s resolution going to be for 2020? Lay off the chocolate? Less sparkling grape juice? Hit the road and get a body like an Olympian? Test your early resolve with the Carlisle resolution runs, each starting at the town’s racecourse. The routes are gently undulated and mostly flat so you won’t have to feel too much burn as you shed those Christmas calories. 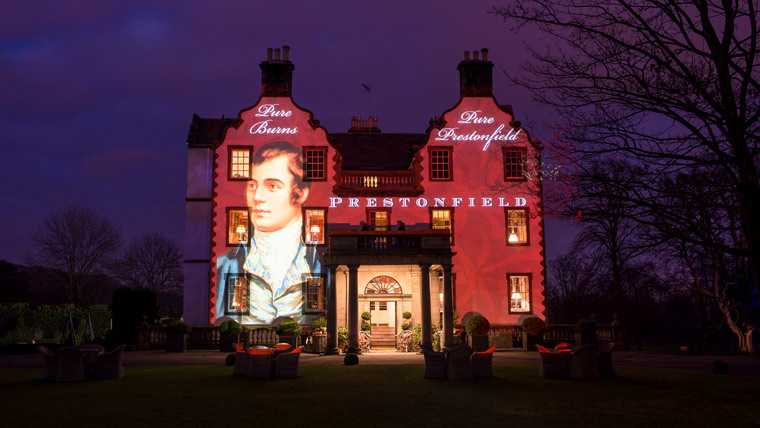 Scotland’s bard and the lyrical gangster behind Auld Lang Syne, Robert Burns left a cultural and political legacy celebrated in style north of the border – not least at the Burns and Beyond festival. This rhyming jamboree features free and ticketed events spilled across the nation’s capital. The centrepiece is the Burns and Beyond Festival club, which will be opened on 23 January by another notable Scot – Edwyn Collins. Traditionalists can raise a toast at Burns Night suppers, ceilidhs and spoken word celebrations. To friends: absent or otherwise. 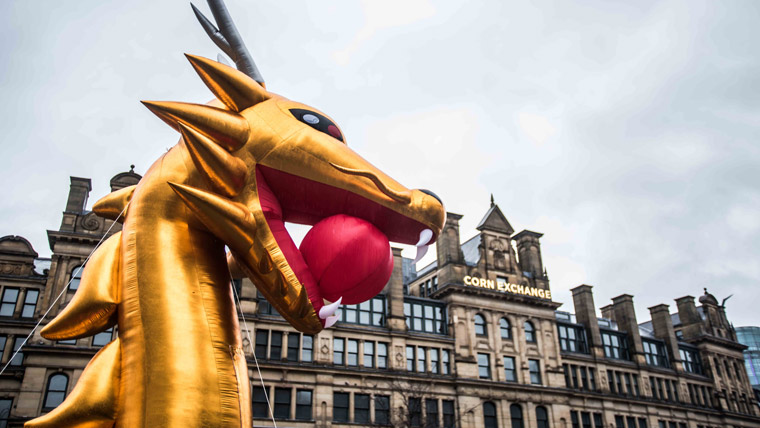 Anyone fixated on 31 December as their big shot at celebrating the New Year didn’t get the memo about the Lunar New Year. In January 2020, we’re celebrating the arrival of the Year of the Rat – and few cities do Chinese New Year quite like Manchester. Expect parties, live performances and – at the heart of it all – the legendary Dragon Parade from Albert Square through Chinatown. If the Queen can have two birthdays, we can have two NYE shindigs surely?


Kick off 2020 in style with must-see events across the North and Scotland – book an Advance ticket now and don't miss a thing.