There are major disruptions on the TPE Network. Click for more information - updated at: 3:58 AM

A Look Back at 5 Historic Train Stations across our Network

Whether you’re a budding historian or you just like a beautiful building, it’s no secret that many of the train stations across our network are full of intriguing stories and stunning period details.

With May being Local & Community History Month in the UK, there’s no better time to get to grips with the heritage of some of the best-loved stations across our network. So, let’s step back in time as we look at the histories of the following stops:

Those with a keen eye for history – and an even keener eye for train history – will love departing from or arriving into Liverpool Lime Street. First opened in 1838, the magnificent Victorian-era station’s biggest claim to fame is the fact it’s the longest-running terminus in the world.

While nowadays you can hop on a train to various destinations across the country, journeys from Liverpool Lime Street tended to look a little bit different back in the late 1830s. For starters, steam trains operated to and from the station, plus you’d only have been able to travel to Manchester and back – not as far and wide as you can today.

And if you were arriving into Liverpool, your train would typically stop at Edge Hill station just outside the city first. Once there, the steam engine would be removed from the train and then a brakeman would help guide the carriages down the hill (using nothing but gravity) into Liverpool Lime Street.

The station’s success and popularity helped secure the future of rail travel and it went on to become the terminus of many of the UK’s major rail routes. Nestled right next to Liverpool’s iconic St George’s Hall, it’s a must-see station. 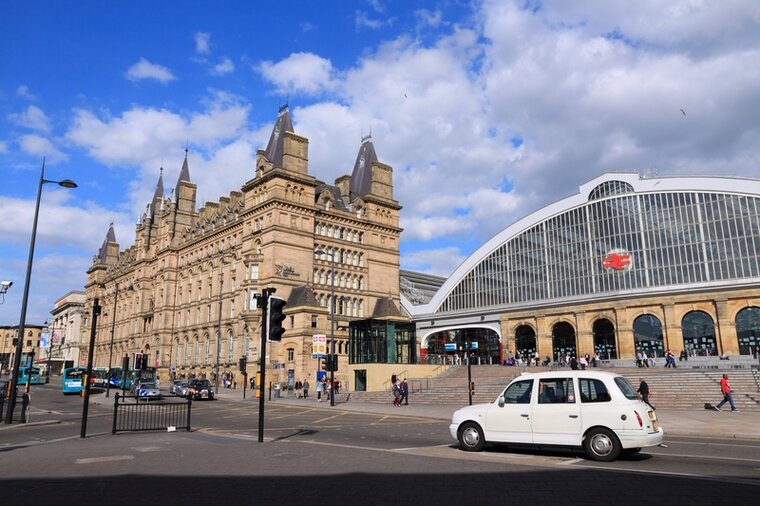 Located at the heart of the bustling city, it’s been operating since 1842 – but not always under the same name. Before becoming Manchester Piccadilly in 1960, over the years the station has been named both Store Street and Manchester London Road. It also looks very different now to how it would have done nearly 180 years ago thanks to a huge £100m refurb which took place during the late 1990s/early 2000s.

Despite its modernisation, Manchester Piccadilly is still an impressive sight thanks to its high ceilings, Grade II listed arched glass roof and 14 platforms. Next time you’re waiting for a train, stop to admire the interiors or have a stroll around the station’s numerous shops. Outside the main entrance, you’ll also spot a striking yet poignant sculpture commissioned in 2018 to mark 100 years since the end of WWI. 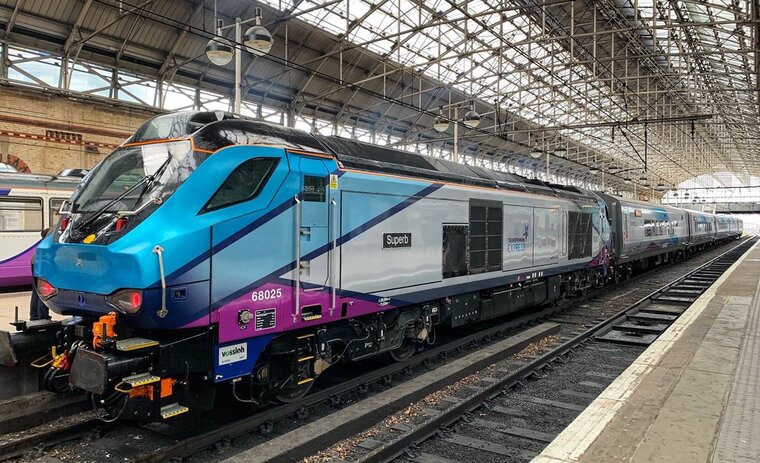 In a city teeming with history, it should come as no surprise that Edinburgh (also called Edinburgh Waverley) station has an interesting past all of its own.

Located right at the heart of the city in a valley between the Old Town and New Town, the current structure dates back to the 1860s and is on the site of not one, but three older stations. The original stations were built shortly after the world-famous Princes Street Gardens to provide access to the ever-growing New Town area. North Bridge, Canal Street and General (collectively known as ‘Waverley stations’) all served the city for decades before being bought by the North British Railway company and combined into one brand-new station in 1868 – Edinburgh Waverley.

Now the second busiest rail station in Scotland, Edinburgh Waverley is also a major stop on numerous routes across the UK. Hopping off a train at Edinburgh station also puts you within strolling distance of several major heritage sites, including the Scott Monument and the Royal Mile. 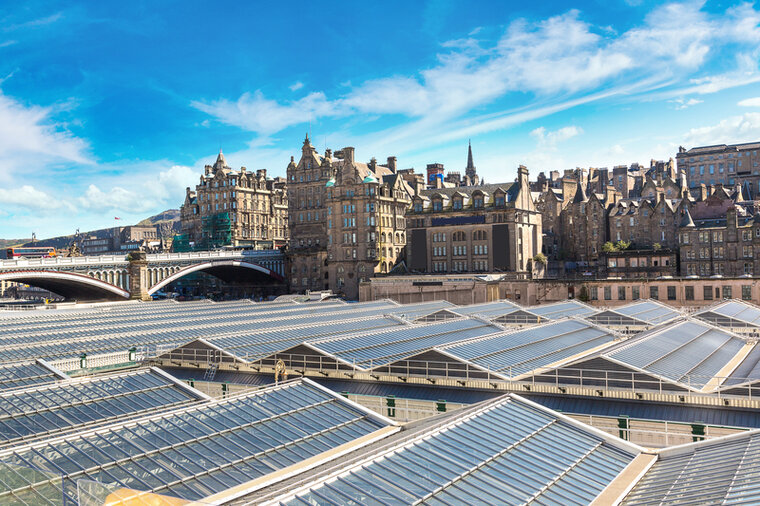 Approaching Huddersfield railway station, you’d be forgiven for thinking it was some kind of stately home. Built in the 1840s in a fashionable neo-classical style, it’s an impressive Grade I listed structure featuring several grand columns and archways.

Huddersfield station is our largest TransPennine Express managed station in West Yorkshire and a major stop on journeys to and from Manchester and Leeds. If you’re at the station, make your way outside to the pedestrianised St George’s Square to admire its elegant façade. There are also two pubs located inside Huddersfield station, each with their own histories of serving thirsty and hungry passengers passing through the town. 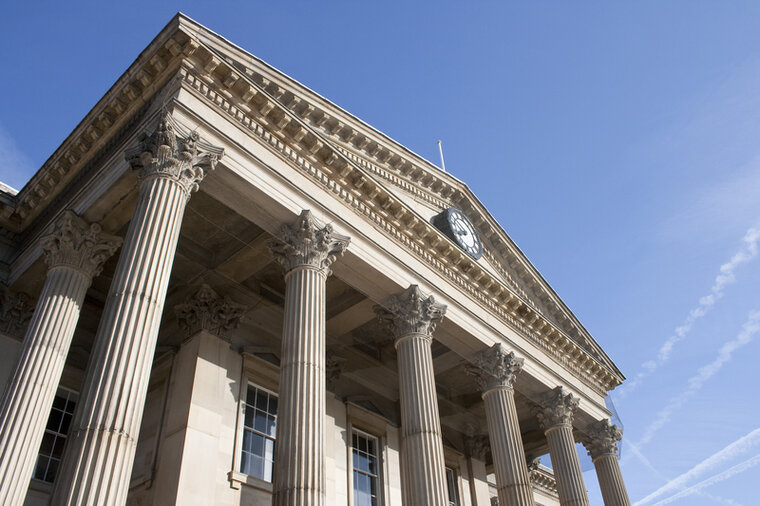 One of our managed terminus stations, Scarborough station on Yorkshire’s East Coast is a major landmark on the seaside town’s skyline.

The Grade II listed structure, which features an ornate clock tower, was opened in 1845 to welcome trains arriving from nearby York. The journeys were hugely popular with those keen to breathe in fresh sea air and enjoy a relaxing holiday by the beach. While there are now only two stops between the two stations, back then there were several more – including a small platform at the grand Castle Howard!

While the original waiting rooms and some of the platforms are no longer recognisable or in existence at Scarborough station, its well-preserved buildings give you a lovely glimpse into the Victorian era of train travel. And it’s home to the longest railway bench in the world! Head to Platform 1 to have a little rest on the 139-metre-long seat. 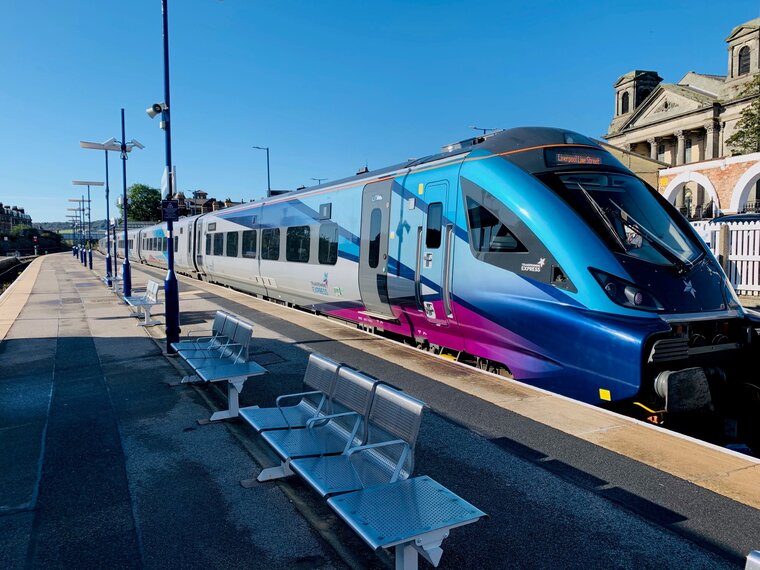 If you need to travel, make sure you follow any government travel guidelines and book your train tickets online or on the TPExpress app to save time and help limit contact at stations.