There are good disruptions on the TPE Network. Click for more information - updated at: 8:41 AM

Some days you wake up and you just want to go on an adventure... but you don’t know what kind of adventure you want. And you don’t know where or how you’re going to have the adventure… at this point you might even start questioning the very concept of adventure. But stop! That’s why we’re here. Here are just a few day trips to take, all less than an hour from York.

With two swimming beaches and a ruined castle (with amazing views across the coast), plus all the assorted seaside frills we love so much, Scarborough is a brilliant day trip to take from York. You could even jump on the Cleveland Way National trail, which is a lovely mix of coastal paths with Whitby to the north (20-odd miles away), and Filey about 8 miles to the south. 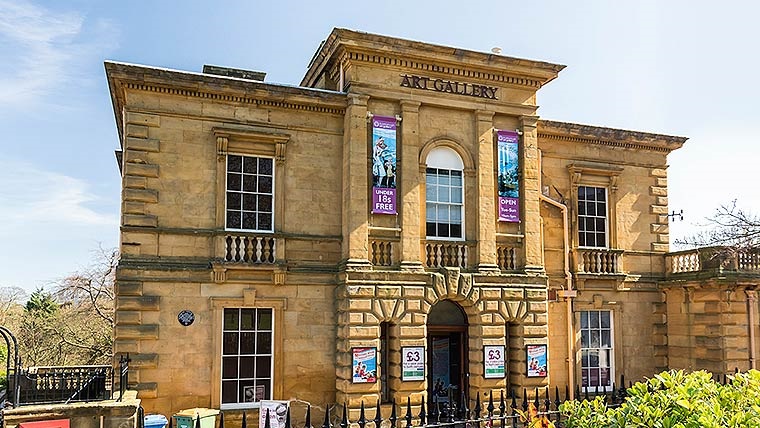 If you’re crying out for great art then you’re in luck. Scarborough Art Gallery is at the end of an impressive 1800s crescent, and houses an eclectic mix of works. Until September there’s an exhibition on Wilfred Owen’s last few months, which he spent in Scarborough before being sent back to the front line in WWI. Just around the corner from here you’ll find more art and exhibitions in the Rotunda Museum.

Here’s an idea… Why not take over an old cinema that’s been closed since 1958? But what to do with it? Well, you could turn it into a laundrette… perfect. But what if you also want to serve cakes and tea and beer? Why not add a bar? Ideal! But wait: what about live music? Of course, why not have a mix of indie singers and popstrels perform on a regular basis too.

The Old Cinema Launderette in Durham is the only place we can think of where you can have a beer, watch a folk band and get your washing done. You HAVE to check it out. Good clean fun!

When you can get a return train ticket to Sheffield from as little as £18.40, why not push the boat out when you arrive and go for a posh meal? Plus travelling by train means no one has to miss the wine course. Speaking of the wine course, at Jöro (“Some dishes are merely extremely good – others are downright extraordinary” The Guardian) you can get a 10 course tasting menu with a drinks flight for £55 and £45 respectively. It’s not cheap, but in any other city that would be at least a third more expensive. At the time of writing they even have a parkin dish on the menu!

We love Huddersfield. And it’s not just because Simon Jenkins named the station as one of the best in the UK, or that Sir John Betjeman described it as “the most splendid station facade in England”. But we have to admit, those points do swell the pride a little. It’s not even that Felix, our friendly station feline, is an internet celebrity… though whenever we visit we do take along cat treats.

No, we love Huddersfield because it’s a beautiful place with a rich history, and now Discover Huddersfield have started a series of guided walking tours, where that history is explored. You can tour its buildings, canals and parks – there’s even a tour in September that covers the town explosions.

Built by the son-in-law of William The Conqueror a couple of years after 1066, this castle is in remarkably good nick and is the perfect place to bring the young sword-wielding noble in your life. There’s fascinating history to uncover from the brilliant visitor’s centre, and while the outer walls are ruins the inner keep has been roofed and refloored so you can survey your sprawling domain. What’s more it’s just a 10-minute walk from Conisbrough Station.

So there you have it… if you live in or around York there are a ton of places for you to set out on adventures to – and the same is true for the entire TransPennine Express network. So take a look around your area and find out where to head for your next trip, then book your tickets here.