There are good disruptions on the TPE Network. Click for more information - updated at: 2:02 PM

With Christmas set to look a little different this year, you might be after more unique ways to get into the festive spirit.

What could be better than heading outdoors in the crisp winter air and enjoying a walk inspired by your favourite Christmas movie?!

Whether you love to binge-watch all eight Harry Potter flicks come December or you prefer your Christmas films to feature elves, reindeer and Father Christmas himself, you’ll discover loads of cities across our network where you can recreate some truly iconic scenes.

If you’re in York, Liverpool, Edinburgh or Glasgow, wrap up warm and venture outside on one of the following festive film themed walks:


Take a Charlie and the Chocolate Factory themed walk in York

Frequently watch this weird and wonderful Roald Dahl classic around Christmas? If you’re in York, it’s the ideal city to re-enact some of the best-loved scenes from the film!

Your first stop should (obviously) be York’s Chocolate Story where you can pretend to enter Willy Wonka’s factory. After you’ve stocked up on delicious goodies, you can take a stroll through the city and learn about its chocolatey past – and the early days of the likes of Terry’s and Nestle – with the York Chocolate Trail. 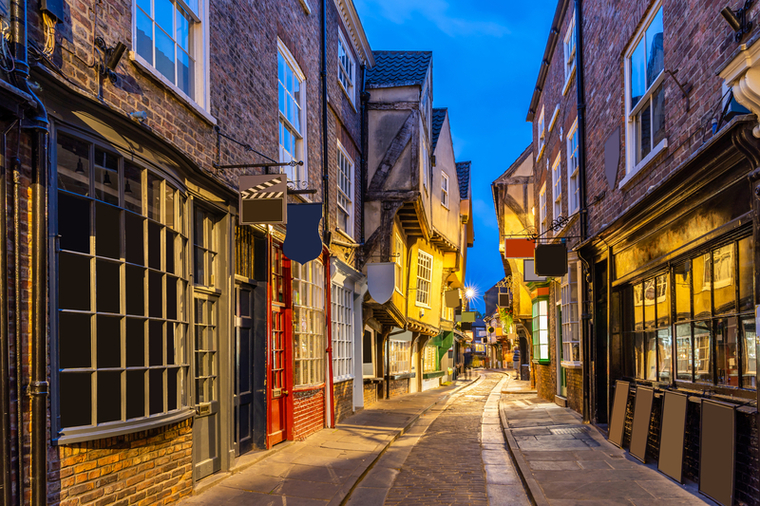 You can then turn off into the gorgeous York Museum Gardens. Running right alongside the River Ouse use your creativity to picture the famous waterway as a tasty torrent made entirely of chocolate – just like the one Willy Wonka has running through his factory!

Fun fact: the chocolate river in the original 1971 film was actually made using 150,000 gallons of real chocolate!


Enjoy an Elf experience in Liverpool

Can’t get enough of Will Ferrell’s antics in Elf? The film is a go-to for some Christmas belly laughs! There are few better places to go in the UK for a walk themed around this fantastic movie than Liverpool.

The city’s waterfront, with its tall buildings and grey facades, often stands in for Manhattan on the silver screen. Begin your tour with a walk along the Strand and picture Buddy’s arrival into the busy Big Apple. Next, follow in the footsteps of Buddy and Jovie when they visit the Rockefeller Center Christmas Tree by winding your way to Liverpool One to admire the huge tree just outside John Lewis. 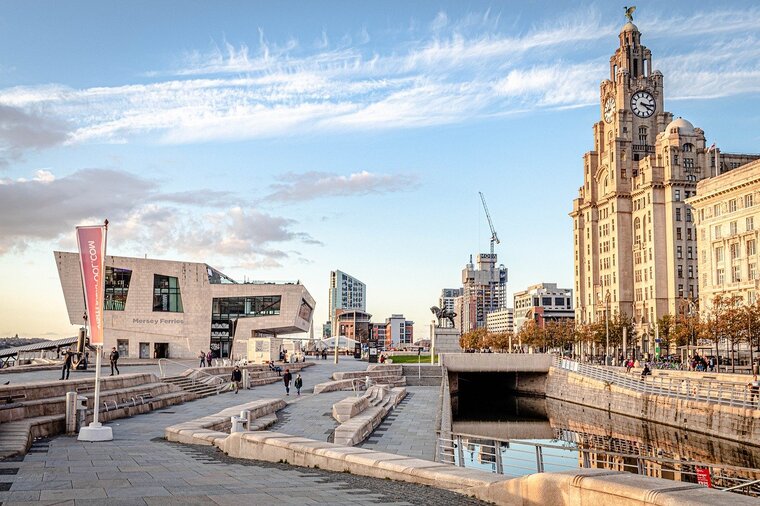 You could then hop across the River Mersey to take a turn around beautiful Birkenhead Park. Opened in 1847, it’s thought to be the inspiration behind New York’s Central Park where Buddy, with help from friends and passers-by, helps Santa get his sleigh flying again. Why not encourage some Christmas cheer yourself with some socially-distanced carol singing in the park with your household?


Enter the magical wizarding world on a tour of Edinburgh

Another absolute classic to watch around the festive period is the Harry Potter film series. The first film is probably the most Christmassy – and you’ll find wonderful Edinburgh is a brilliant city for a Harry Potter and the Philosopher’s Stone themed stroll.

Begin your tour at Edinburgh Waverley station, a shoe-in for Platform 9 ¾ thanks to its lofty Victorian architecture. From there, you’ll stroll down the Royal Mile to Victoria Street whose old-fashioned facades and cobblestones are reminiscent of Diagon Alley. It’s also the location of The Great Wizard – a store selling all kinds of Harry Potter themed gifts! 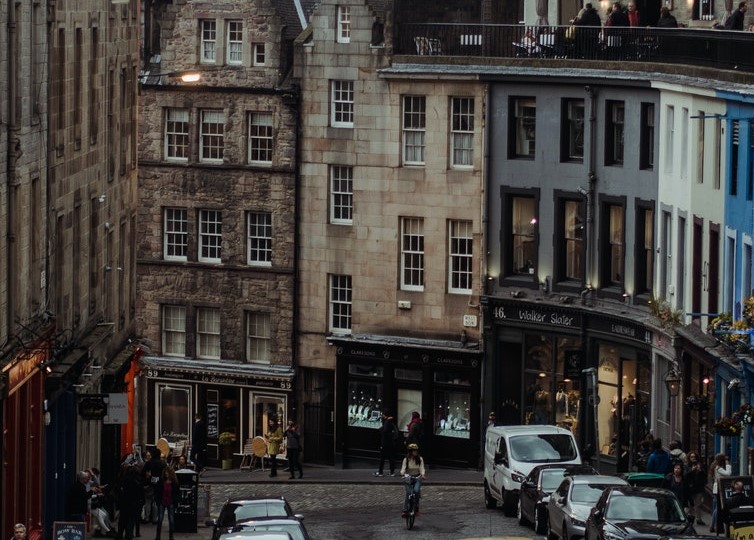 You could then head south to Lauriston Place where you’ll spot the turrets and impressive stone frontage of George Heriot’s School. After imagining yourself setting foot in Hogwarts for the first time, why not walk a few minutes north to George IV Bridge for coffee and cake at The Elephant House? The cosy café is supposedly where JK Rowling wrote a good chunk of the first Harry Potter book… 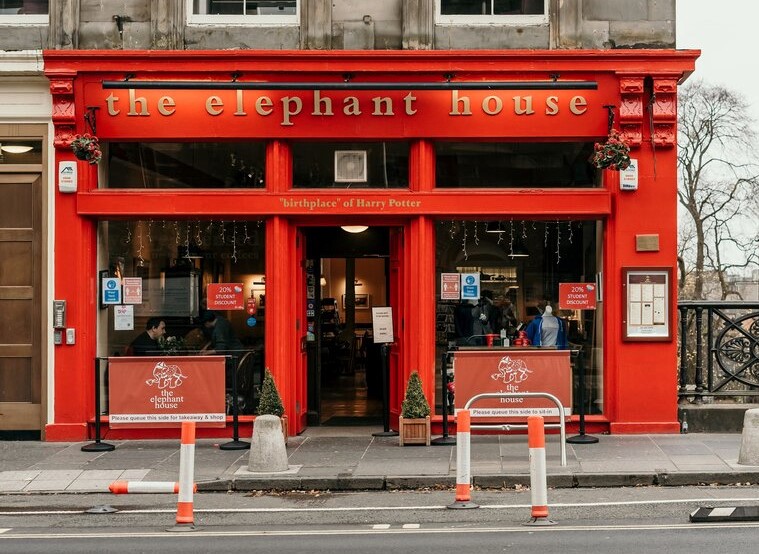 Evade burglars with a Home Alone 2 themed adventure in Glasgow

A long-standing favourite of kids and adults alike at Christmas has to be the Home Alone movies. If the second film in the franchise is your favourite, take a walk inspired by it in Glasgow.

Visit Hamleys on St Enoch Square, a great stand in for Duncan’s Toy Chest where Kevin has to flee from Harry and Marv. You could then make your way to pretty Kelvingrove Park in the West End. It’s reminiscent of New York’s Central Park where Kevin encounters the pigeon lady for a second time. Next, retrace their steps to Carnegie Hall (or Glasgow’s grand Kings Theatre) on Bath Street. 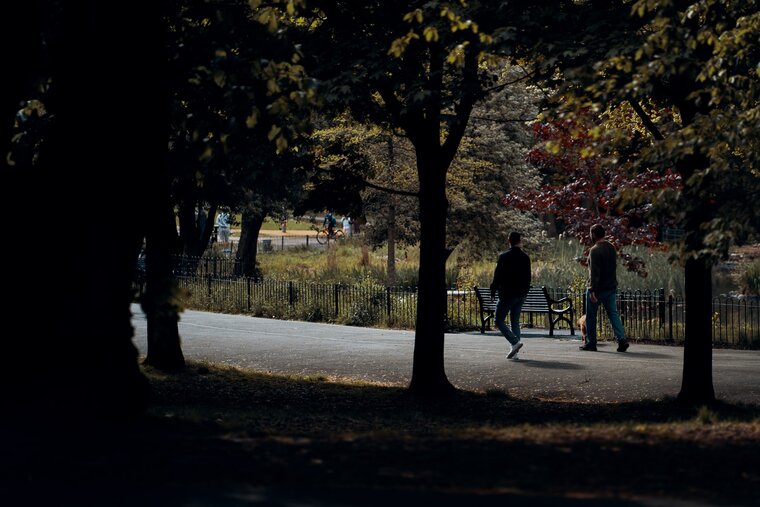 Like the sound of mixing up your downtime with a festive film themed walk? Remember to stay safe and keep your distance from others.

And if you travel with us this Christmas, make the most of our free onboard Wi-Fi to stay in touch with friends and family to share in the Christmas memories.