There are major disruptions on the TPE Network. - Click for more information - updated at: 2:12 PM

10 Insta-Worthy Locations To Up Your Grid-game

Wednesday 28th July 2021
Instagram profile looking a little lacklustre? With World Photography Day on 19th August, now’s the perfect time to snap some fabulous photos at the towns and cities across our network. So, why not plan a staycation or day out and get ready to up your Insta-game at one of the following photo-worthy locations?

If you want to add some NYC vibes to your page, you can’t beat taking a trip to Manchester’s trendy Northern Quarter. The grid-like streets don’t look a million miles away from those you might see in downtown Manhattan. In fact, the NQ has been used on the silver screen multiple times over the years as a stand-in for the Big Apple.

Spend an hour or so wandering around the neighbourhood that sits just off Manchester’s main shopping street. Highlights, which would make perfect photo backgrounds, include Afflecks (an emporium of cool indie shops) and the colourful street art murals found on Stevenson Square. Tib Street and Oldham Street also evoke some serious NYC vibes with their brick apartment blocks and cool cafés. 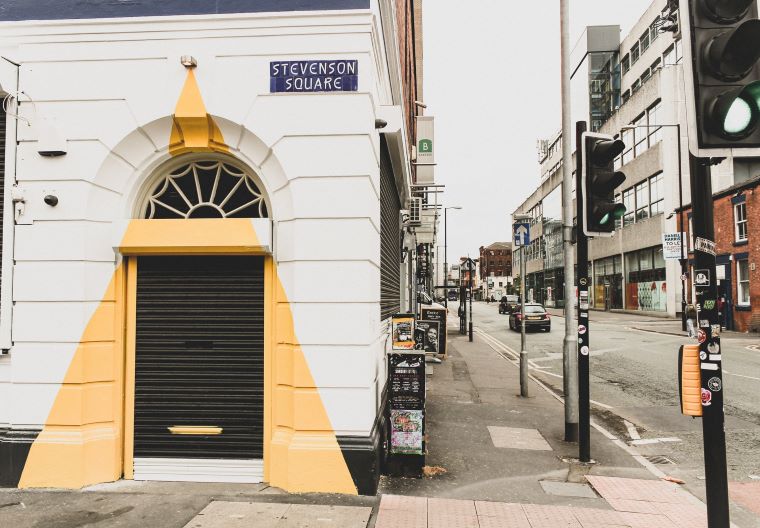 While you might have been told that Arthur’s Seat offers the best views of the Scottish capital, we beg to differ. Calton Hill is an equally as idyllic location for pretty panoramas, and it’s ideally located not far from the Royal Mile.

As well as getting some selfies with the whole of Edinburgh in the background, you could make the most of Calton Hill’s incredible neoclassical landmarks. Channel Ancient Greece at the National Monument, a striking structure said to be inspired by the Parthenon in Athens. You could also visit Calton Hill for fantastic photo ops during one of the city’s many festivals, including the Edinburgh Fringe in August or Hogmanay at the end of December.

For a cool mix of old and new, Liverpool’s Royal Albert Dock is a sublime Insta-worthy destination. The area was once one of the most important dockyards on the planet and was opened by none other than Prince Albert (Queen Victoria’s beloved husband) in 1846.

Nowadays, the area’s historic brick warehouses are the home of some of Liverpool’s best restaurants, the Tate Liverpool gallery and pretty sailing boats. You could also take photos outside the nearby space-age Museum of Liverpool or right next to the Mersey riverfront. Top tip: have an educational day exploring the museum before climbing the central spiral staircase to the top floor where there’s a brilliant viewpoint of the city’s world-famous Liver Building. 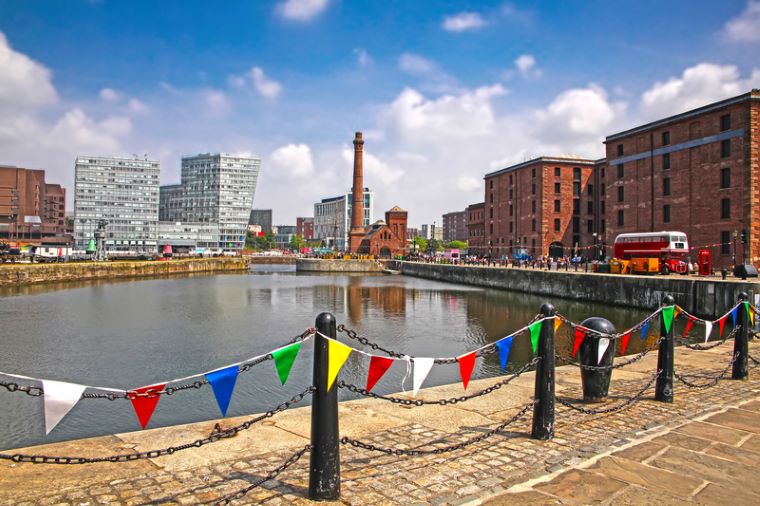 To up your Insta-game when in Leeds, make a beeline for Belgrave Music Hall. It sits just minutes from the Merrion Centre and is a wonderful location for food, drink, arts and culture. As well as getting some great snaps in its cool interiors (think exposed brick walls, leather seats and moody lighting), head up to the huge rooftop bar for some photos with the city’s skyline in the background.

Hull’s The Deep, offers Insta-opportunities inside and out. As one of the most well-known and popular aquariums in the country, it’s home to over 5,000 marine animals. There’s nothing like a picture of a shark or ray up close to up your social media game. And the one-of-a-kind building overlooking the Humber estuary is particularly striking and makes for the perfect snap – especially at sunset.

To add a little history to your Instagram, York couldn’t be a better option. The city has a long and intriguing past, from its days as a Roman stronghold to its invasion by fearsome Vikings just over a millennia ago. To truly understand the breadth of the city’s heritage (and get some amazing photos), take a walk around York City Walls. The lofty promenade skirts past York Minster, Bootham Bar and Clifford’s Tower. 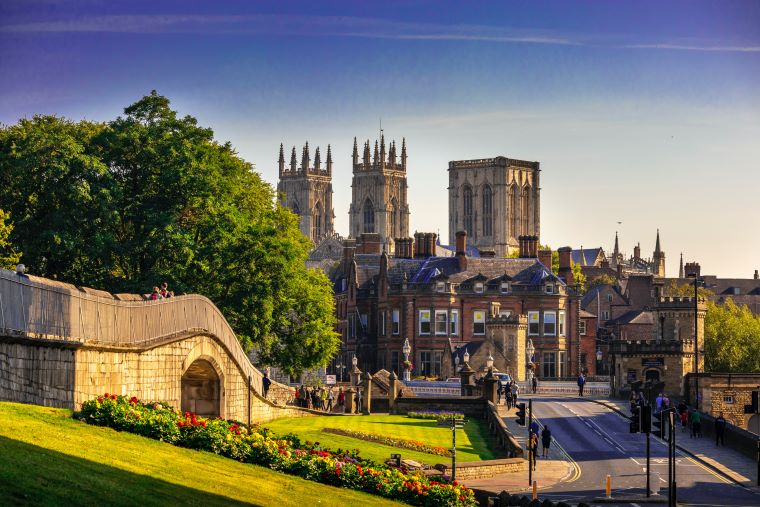 Can’t resist a dreamy beach background? While holidays abroad might be off the cards for many this summer, that simply gives you an excuse to travel to one of the many stunning sandy stretches along the coast in the North of England and Scotland.

Why not venture to Redcar by train and then take a walk south along the sand to Marske By The Sea Beach? Blessed with wonderful sand dunes, brilliant sea vistas and a handful of charming fishing boats, it’s an ideal setting for a seaside photoshoot. If you’re visiting for longer, you could even carry on down the coast to Saltburn which is well-known for its pier and ornate Victorian tramway.

Newcastle is fast becoming a major location for a city break in the North of England. Travel there by train and whip out your smartphone to take some awesome shots of its cool industrial-style architecture. One of the best-known landmarks in the city (and a great spot for an Instagram photoshoot) is the Tyne Bridge. The iconic arch stretches across the River Tyne and has been a prominent point on the city’s skyline since the 1920s. 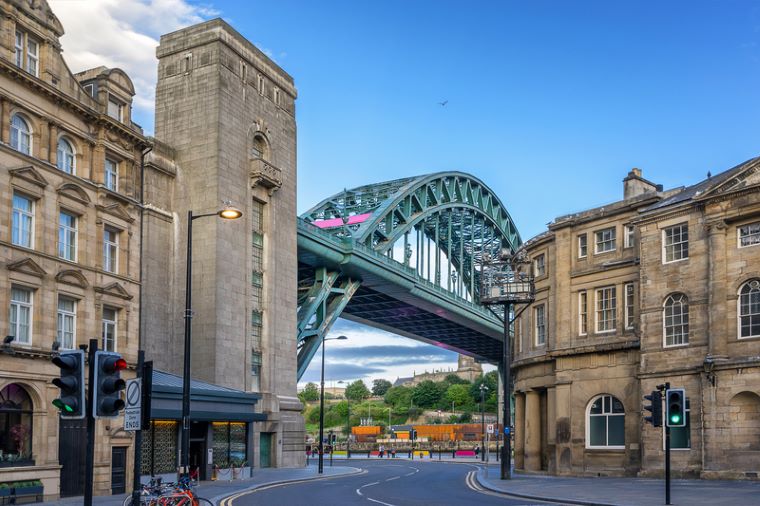 Can’t get enough of the natural world? Tropical trees and beautiful blooms make the ideal backdrop for an Insta snap at Sheffield’s Botanical Gardens. The 19-acre green space was first opened in 1836 and features a series of spectacular Victorian glasshouses.

There are over 5,000 species of plant to admire (and photograph) within the gardens and several different sections. Journey around the globe in the Mediterranean and Himalayan Gardens, stroll through the balmy glasshouses and then make your way to the romantic Victorian Rose Garden.

Want to evoke fairy tale vibes on your Insta stories? There’s no better place than Durham.

Durham Castle is a dreamy destination easily reached by train. The Norman fortress forms part of Durham University and comes complete with dramatic stone parapets, towers and gorgeous grounds. You could also wander down the road to Durham Cathedral, an equally impressive building whose Cloisters and Courtyard were used as filming locations in several Harry Potter movies. 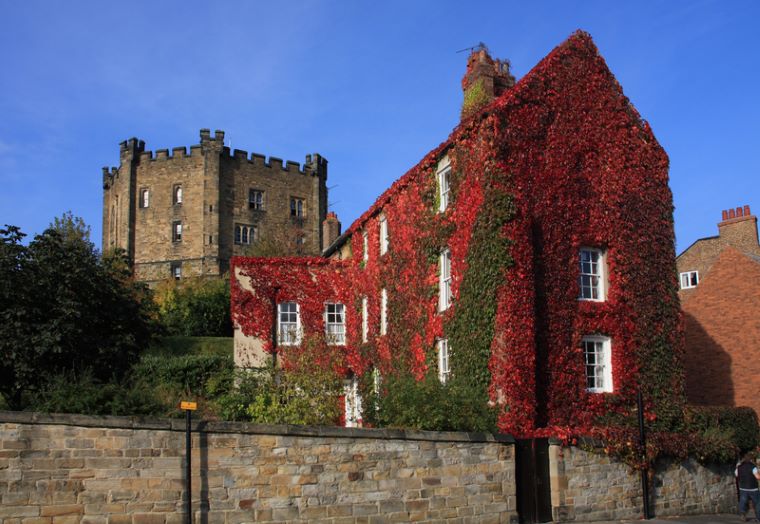 Feeling inspired by our Insta-perfect suggestions above? When visiting any of these amazing locations, if you can buy tickets in advance to book a seat and get ready for a day of sightseeing and snapping breath-taking photos!