There are major disruptions on the TPE Network. Click for more information - updated at: 9:06 AM

Street Art Capital of the North

The north of England and Scotland is a creative place. Our bands and musicians rule the world, our actors grace the finest stages, and our artists always make a statement. So it’s no surprise to see the buildings and walls of the UK adorned with some of the finest and most creative street art found anywhere in the world. And now the world’s seeing it too through the power of Instagram. By tracking #streetart, we’re revealing the top cities in the north of the UK and the pieces and artists that are getting the Insta-love.

Whether it’s portraits of the city’s most famous sons and daughters, pop culture references, homages to the worker bee, or just some big bright colours, Manchester does it best. Also making Instagram waves amongst street art lovers is Sheffield in second place. Glasgow in third, where it’s all about remembering the city’s founders and patron saints.

Manchester’s street art capital is the city’s hipster hangout, the Northern Quarter. Sometimes used as a backdrop for NYC in the movies, the NQ is packed with old red brick warehouses complete with external fire escapes, quirky bars and plenty of street art. For a city that’s made loads of pop culture waves itself it’s easy to see this influence throughout the area’s artwork. The younger of Burnage’s most famous sons, Liam Gallagher, takes joint top spot in the Instagram (and cool) stakes along with the amazing Tyger.

Bright colours, Yorkshire grit, and a little intimacy. That’s what the street art scene in Sheffield is all about. Top of the list of the most Instagrammed in the city, Now Then, Then Now by Rob Lee brings some vibrancy to Howard Street, which can be contrasted with the Heritage Mural, by Jo Peel, on the Howard Pub on the same street. Street artist Phlegm nods to the city’s industrial heritage with two pieces in the top five, while the intimacy is shown through the likes of The Snog and the Conversation.

Glasgow is a city on the up, with regeneration in the pipeline and a nomination for the European Capital of Innovation, but it’s a city that never forgets its past. It’s no surprise to see the top piece of street art in Glasgow is a portrait of the founder and patron saint of the city, Saint Mungo. Also in the top five is a huge mural of another of the city’s patron saints, Saint Enoch. The rest of the top 10 sees an eclectic mix of tigers, pandas, Glaswegian humour and Boba Fett. Why not?

Liverpool is a fiercely proud northern city. Whether shown through their support for their football teams, their musicians, their famous sons and daughters (and the adopted ones too), it’s no surprise to see the city’s street art reflecting this big old love-in. Top of the pile in Liverpool is For all Liverpool’s Liver Birds by Paul Curtis, while Liverpool’s own John Lennon is of course in the mix along with the iconic image of Abbey Road. And we can’t forget the football as adopted sons Jurgen Klopp and Mo Salah also make the top 10.

When you think of Edinburgh, what’s the first thing that comes to mind? The Castle? Elton John? Sorry, Elton John? Well top of the street art on the gram in Scotland’s capital is a nod to Elton with pink feathers and #rocketman. Of course, a mural of the famous castle and city skyline comes in second. Other amazing pieces in Edinburgh that made our top 10 include a portrait of the Leith-born sculptor and artist Eduardo Paolozzi, the Leith History Mural, and the Bongo Club Gate Mural.

While you might expect the walls on the shore of the Tyne to be packed with images of magpies, Alan Shearer and maybe even Jimmy Nail, Newcastle’s street art is all about the portrait and goes just a little off the wall. Mysterious Al Mural takes the top spot, with the surprising Charles Bronson coming in second. Famous late musicians are well represented in the top 10 with Prince and David Bowie making an appearance, as well Keith Flint. The portraits continue with the amazing Hush Mural, Bug Niall and Black Diamond.

Instagram is awash with colourful and quirky pieces from all over Leeds. Top of the list is Graphical House, followed in second place by the Metalgear Rising Mural on Aire Street. The quirky Washing Machine by Ralph Replete at Brewery Wharf comes in third, with the rest of the list being made up of a mix of birds on buildings, block colours and Winifred the elephant.

The home of York Minster, ancient city walls, tiny streets and the Vikings. Whilst the city may be famous for its historical past, York’s street art is all about bold vibrant colours and a bit of protest. Top of the pile is the daring Cloak on Fire, whilst the rest of the colour and political agenda is provided by Static’s Art of Protest Mural, Olly Howe and Ben Allen’s Art of Protest Mural, Hazard’s Spark York Mural and Let it Reign.

The Top Street Artists in the North of the UK

Often street art is snapped without any recognition for the artist behind the work but we’ve done the research behind the murals and the artist Smug comes in top for the most Instagrammed street art of the Summer. Seeking to learn more about how they got into street art and their opinion on the art form, we asked the top 5 street artists some questions.

Q: How did you get into painting street art?

A: “I was given a copy of Spray Can Art by my art teacher, that opened my eyes to a whole world of possibilities and an opportunity to extend my art to walls.  I have been painting for fifteen years and the artform has taken me around the world where I have met people who share my passion for Murals and all the Street Arts.” - Jim Vision 2019 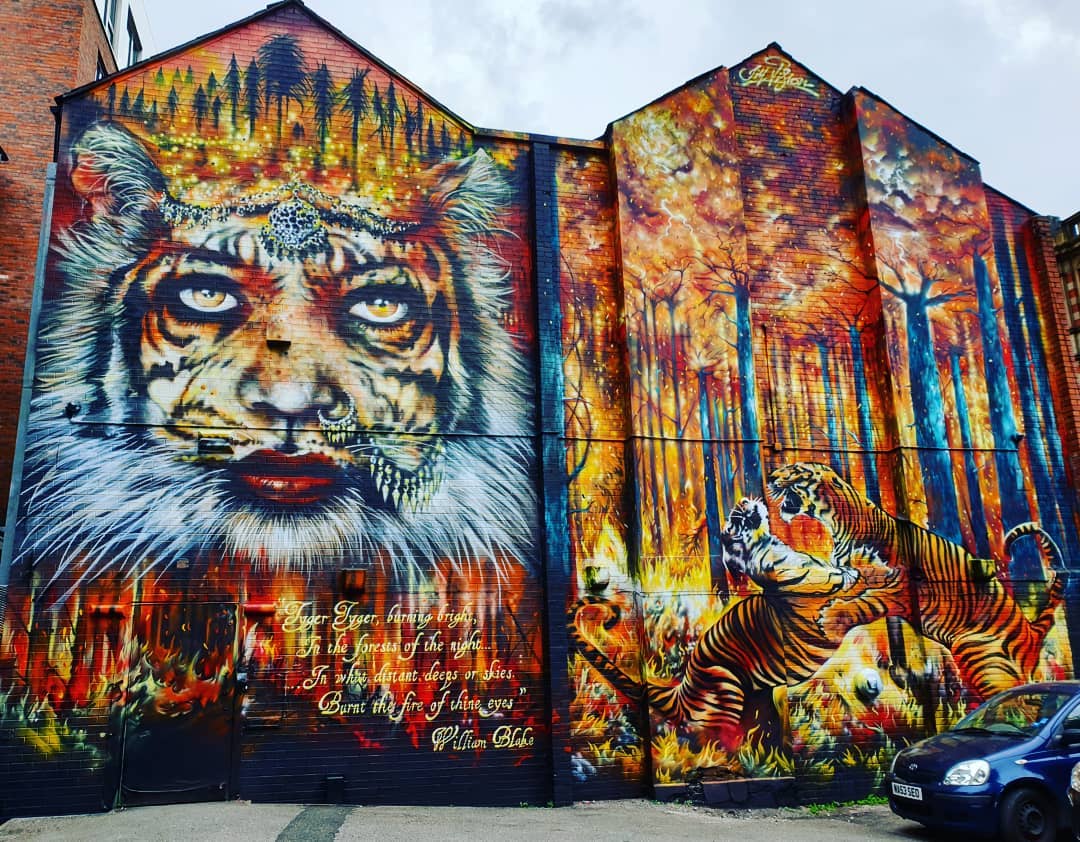 Q: Why do you think people love Instagramming your street art?

A: “I think it’s the subjects I paint which is the main reason why people love to take pictures of my artwork; the quality of my portraits, likeness and fine details, probably contribute to their Instagrammability.” - Akse 2019 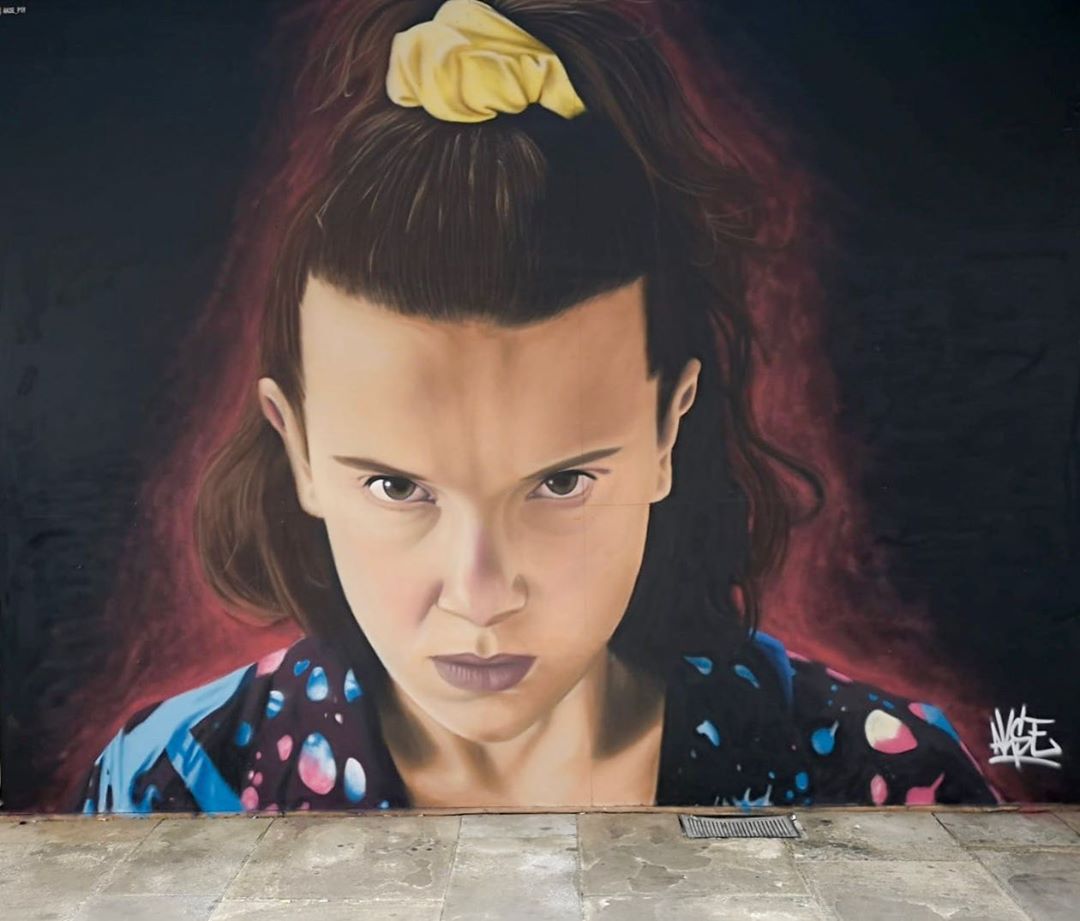 Q: What do you think the future of street art is?

A: “It’s hard to say. I never planned to do this, it just sort of came about by accident and it turned out people liked my work. There seems to be more and more people having a go at it, with very mixed end products. I feel most councils are welcoming it at the moment, as they benefit from the tourism and promotion it gets the city at no cost to themselves. The flip side however, is that there is no guarantee of quality, so I can envisage more checks and policing of permits etc being introduced, I believe this is already the case in some cities.” - Paul Curtis 2019 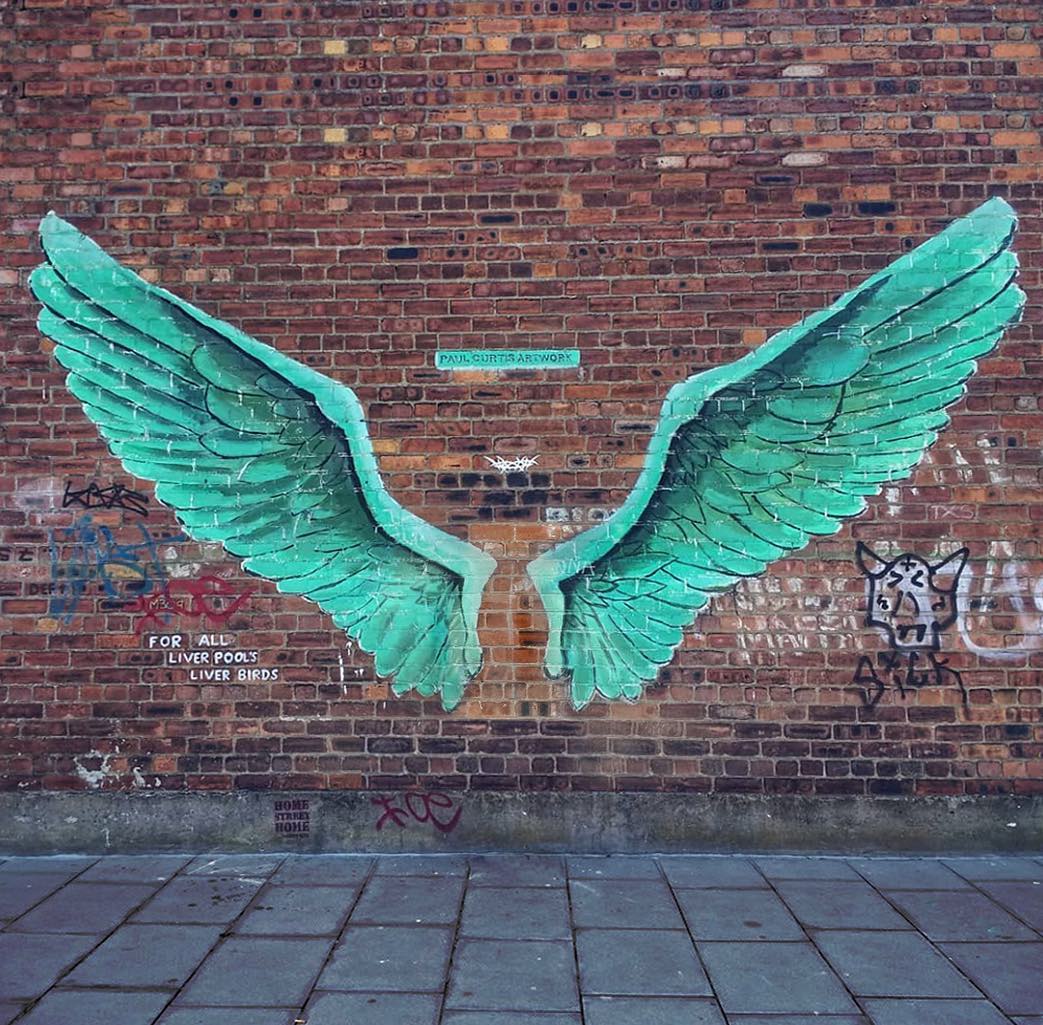 So, you might have seen these amazing pieces on Instagram, but there’s nothing quite like appreciating the art adorning the walls of our great northern cities in person. It’s all about enjoying street art in the moment and in the place the artist intended.

And with TransPennine Express you can explore the very best of Northern England and Scotland and update your Instagram with #streetart as you go.