There are major disruptions on the TPE Network. Click for more information - updated at: 8:23 AM

Five of our Favourite Beauty Spots from Across Our Network

Looking to make the most of Spring and spend some time in the fresh air?

While many of the towns and cities on our network are lucky enough to be right on the doorstep of the UK’s top national parks, if you live locally you’ll also find plenty of smaller beauty spots within easy walking distance.

From strolls which take you past some truly gorgeous architecture to breath-taking trails offering up jaw-dropping ocean views, there are so many beautiful locations to enjoy along our network. Need some inspiration? Here are five of our favourite beauty spots across the North of England and Scotland which are perfect if you’re keen to stay local and soak up spectacular surroundings.

One of the oldest and grandest neighbourhoods in Glasgow, the West End is a lovely spot for a walk.  While the streets themselves are lined with huge Victorian terraces, there are also several beauty spots within the area well-worth a visit.

Kelvingrove Park is definitely one of them. It’s the home of the magnificent Kelvingrove Museum and features many different sections, including tranquil trails which trace the River Kelvin and tree-lined paths leading to fountains, bandstands and kids’ play areas.

And if you follow the Kelvin Walkway north along the river, you’ll eventually reach the Glasgow Botanical Gardens. They’re famous for their glasshouses stuffed full of beautiful tropical plants sourced from around the globe. 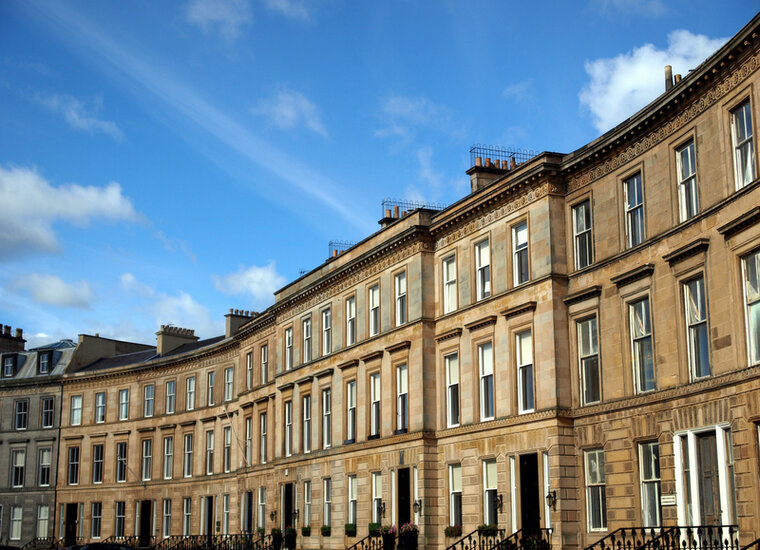 If you’ve already hiked up Arthur’s Seat more times than you can count, you might be after some new ideas on where to go to soak up Edinburgh’s beauty. One option is to venture to the Stockbridge area of the city (just five minutes from Princes Street) that’s home to the truly idyllic Dean Village.

Dean Village is the very definition of an oasis and it’s all down to its charming 19th century architecture and picture-perfect setting along the Water of Leith. The tiny neighbourhood once housed many of the city’s mills and features lovingly restored old buildings, such as Well Court, which were originally built as workers’ homes.

Take your time exploring the cobbled streets and admiring the quaint stone cottages. Some of the best views of this local Edinburgh beauty spot can be found on Hawthorne Bank Lane, just seconds from the start of the Water of Leith Walkway. 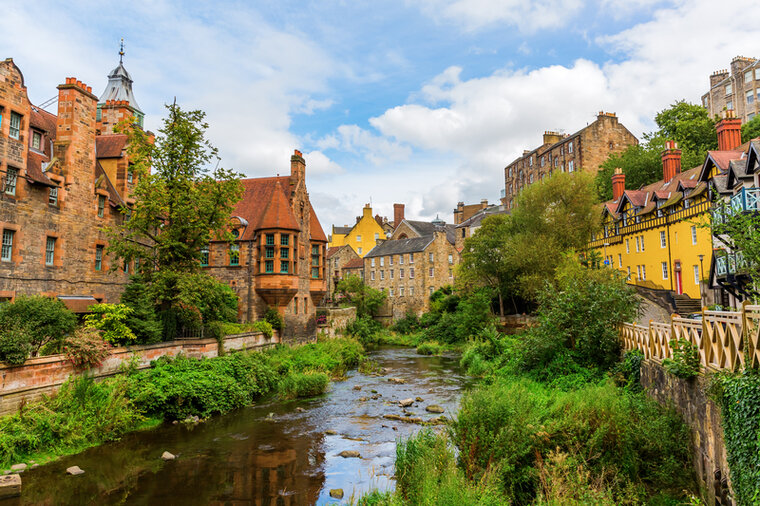 As well as York’s city walls, there are several other spots worthy of a wander in the city too. One of these is York Museum Gardens, a peaceful botanical garden at the heart of the city.

Situated within what used to be the grounds of St. Mary’s Abbey, the gardens not only boast lush flora and fauna, but also some of the city’s most fascinating landmarks. Look out for the ancient walls at the northeast end which once protected a Roman fortress and don’t skip exploring the peaceful ruins of the abbey. There’s also an amazing medieval hospital complex, plus the handful of elegant Victorian buildings which make up York Museum.

The gardens are additionally fringed by the River Ouse. Why not continue exploring York by jumping on the Dame Judi Dench Walk which begins at Lendal Bridge? 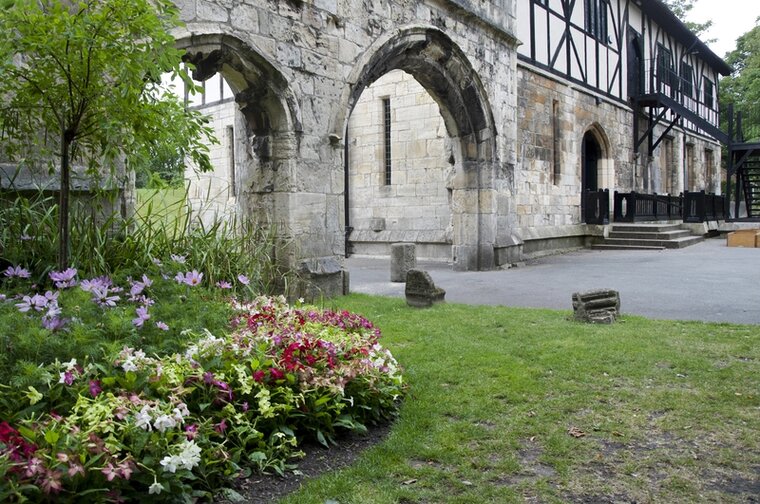 Scarborough is blessed with not one, but two huge sandy beaches. While South Bay is dotted with fish and chip shops, arcades and ice cream parlours, you’ll find a more serene atmosphere around the corner at North Bay Beach.

Stroll along the sand or the esplanade, passing colourful beach huts and the award-winning SEA LIFE Scarborough aquarium. When the sea is rougher, you’ll likely spot keen surfers catching some waves. If you’re feeling particularly energetic, you can hop on the Cleveland Way just before The Old Scalby Mills pub – a stunning cliff-top hiking route and a lovely coastal walk. 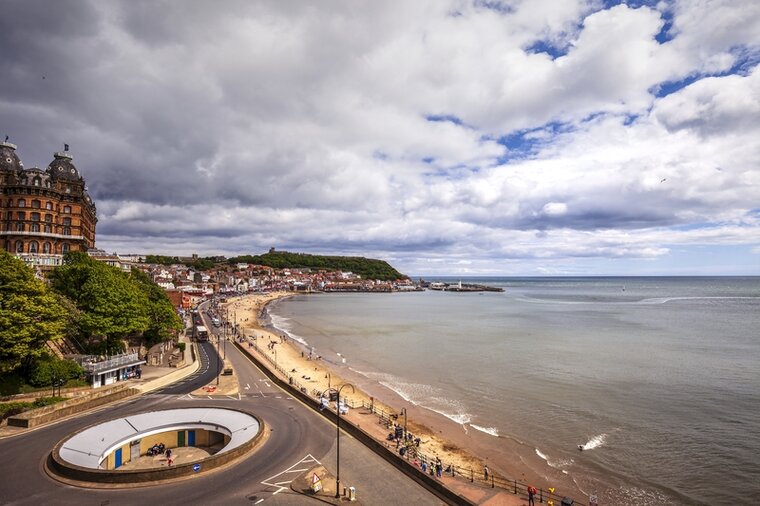 Liverpool is blessed with various beautiful locations for a stroll. While you could enjoy wide open views of the Mersey from the riverfront or a leisurely walk through the leafy Sefton Park, there’s another lesser-known beauty spot right at the heart of the city.

We’re talking about the serene St James Mount and Gardens which sit in the shadow of the unmissable Liverpool Cathedral. While the Cathedral itself was built in the early 20th century, the lush and enchanting gardens adjacent to it are older and actually served as the city’s main cemetery right up until 1936.

St James Mount and Gardens are not only a peaceful sanctuary right next to one of the city’s most popular landmarks, but also a great place for history buffs thanks to the dozens of ancient gravestones whose epitaphs paint a vivid picture of Liverpool in decades gone by. 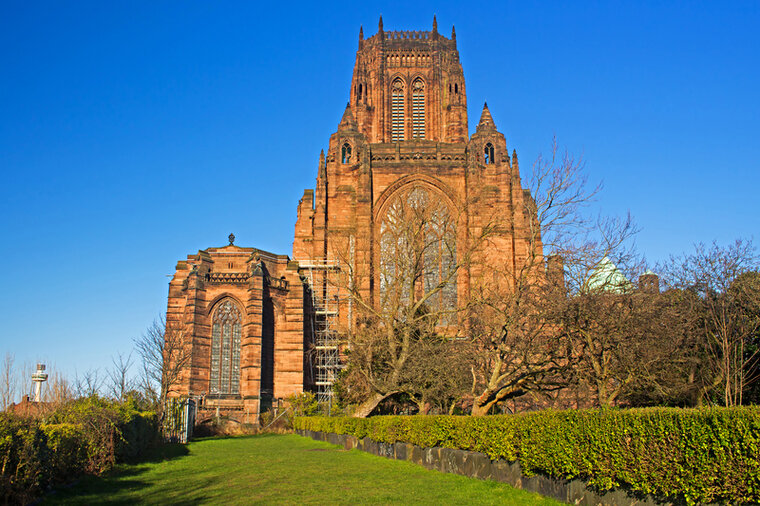 Remember to follow government restrictions on travel. If you do need to travel, make sure you keep safe onboard by social distancing from other passengers, wearing a face covering and only travelling if you’re completely symptom-free.